James Walton (Jiminy Cricket) began his next new journey on Wednesday, April 19, 2017 at the young age of 54. He leaves behind many blended family members who will miss him so much that the pain feels like it will never subside.
The informal funeral service will be held at Memorial Mortuary located at 5850 South 900 East, Murray, UT 84121, on Saturday, April 29, 2017 from 2:00 – 4:00 p.m. James requested that he be cremated and his ashes flushed. At the conclusion of the service the family plans on celebrating his life at La Puente Mexican Restaurant located at 3540 South State Street, Salt Lake City, UT 84115.
James lived with passion for so many years. He was all about experiencing life with people he loved. He was simple and kind. He Dreamed. He Tried. He Succeeded. He Failed. He Lived. He Died In Darkness and Silence.
One of his old-time favorites says it best:
Sounds of Silence
Hello darkness, my old friend
I’ve come to talk with you again
Because a vision softly creeping
Left its seeds while I was sleeping
And the vision that was planted in my brain
Still remains
Within the sound of silence
In restless dreams I walked alone
Narrow streets of cobblestone
‘Neath the halo of a streetlamp
I turned my collar to the cold and damp
When my eyes were stabbed by the flash of a neon light
That split the night
And touched the sound of silence
And in the naked light I saw
Ten thousand people, maybe more
People talking without speaking
People hearing without listening
People writing songs that voices never share
No one dare
Disturb the sound of silence
“Fools” said I, “You do not know
Silence like a cancer grow
Hear my words that I might teach you
Take my arms that I might reach you”
But my words like silent raindrops fell
And echoed in the wells of silence
And the people bowed and prayed
To the neon god they made
And the sign flashed out its warning
In the words that it was forming
And the sign said “The words of the prophets
Are written on subway walls
And tenement halls
And whispered in the sounds of silence”
~ Simon & Garfunkel 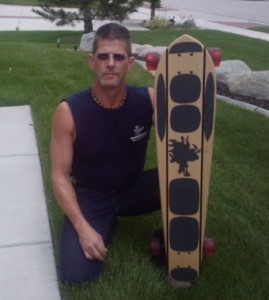